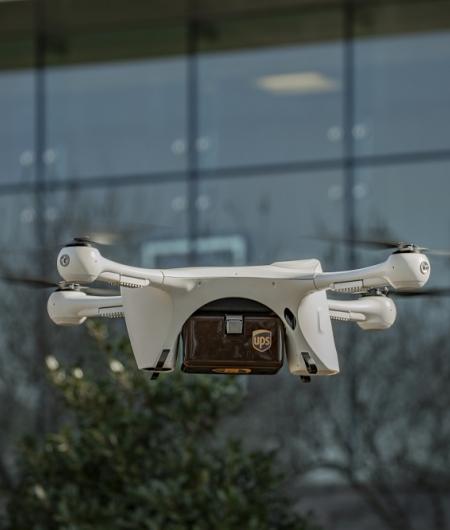 UPS has announced a partnership with Matternet to use drones to deliver medical samples in North Carolina, marking the “first FAA sanctioned use of a drone for routine revenue flights involving the transport of a product under a contractual delivery agreement,” the companies say.

The program is taking place at WakeMed’s flagship hospital and campus in Raleigh, North Carolina. It will be overseen by the FAA, as well as the North Carolina Department of Transportation (NCDOT), which supported Matternet in conducting first-round test flights using the company’s UAS technology on WakeMed’s campus in August 2018 under the FAA UAS Integration Pilot Program (IPP).

​Courier cars are the primary form of transportation for the majority of medical samples and specimens across WakeMed’s expanding health system. Adding UAS to this process offers a variety of benefits, the companies note, including an option for on-demand and same-day delivery, the ability to avoid roadway delays, and improving the patient experience with potentially life-saving benefits.

During the program, a medical professional will load a secure drone container with a medical sample or specimen at one of WakeMed’s nearby facilities. The UAS will be monitored by a specially trained Remote Pilot-in-Command (RPIC) as it flies along a predetermined flight path to a fixed landing pad at WakeMed’s main hospital and central pathology lab.

The program will be ongoing at WakeMed, with UPS and Matternet using the lessons learned to consider how UAS can be used to improve transport services at other hospitals and medical facilities across the U.S.

Matternet’s M2 quadcopter will be used to make the deliveries during the program. The UAS can carry medical payloads weighing up to about five pounds over distances of up to 12.5 miles.